Why Humanity Faces A Great Filter Here On Earth

Humanity holds a destiny to explore space and populate the galaxy – to build the next level of civilization – but first we must define ourselves by our potential and break free of the false paradigms dictating our lives.

Humans were not meant to play out their whole lives afraid of pain, living as sheep under subjugation. 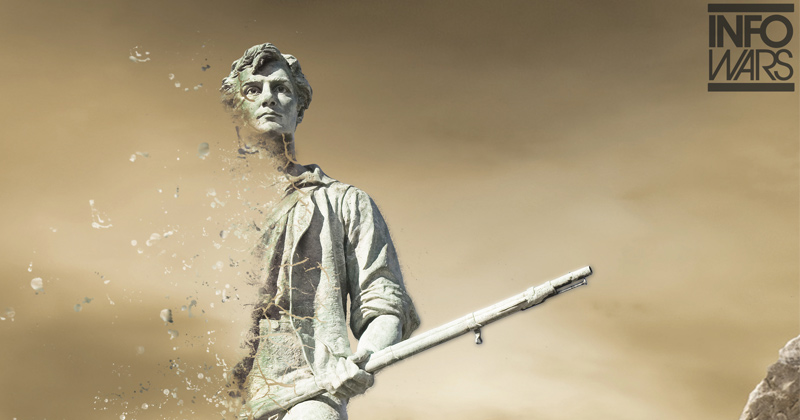 The fact that we can see thousands of stars by looking up every night hints at humanity’s future, and that’s why it’s so primitive for modern-day politicians to demand more power and influence over the world’s affairs when the planet is a stark wasteland in comparison to what’s out there in space.

In fact, astronomers estimate that there’s TRILLIONS of dollars worth of mineral wealth in our own asteroid belt alone, and there’s an estimated 100 billion planets in our own galaxy.

In 2016, physicists suggested that life on Earth was premature on the cosmic scale because the cosmos will be 20 times more habitable in the future as space radiation slows down, especially if “red dwarfs,” the most common stars in the Milky Way, are found capable of supporting life.

In the distant future, red dwarfs will enter a much more stable era of their lifespans.

“We find that the chance of life grows much higher in the distant future,” physicist Avi Loeb said in a paper. “…If it turns out that low-mass stars are able to support life, then we are special because we are one of the early forms of life.”

This could mean that humanity has not yet reached the “Great Filter.”

“The Great Filter theory says that at some point from pre-life to [galaxy-colonizing] Type III intelligence, there’s a wall that all or nearly all attempts at life hit,” a popular article on the Fermi Paradox reveals. “There’s some stage in that long evolutionary process that is extremely unlikely or impossible for life to get beyond.”

“That stage is the Great Filter.”

Generally speaking, conversations over the Great Filter tend to focus on the cosmic scale, but the reality is that humanity is facing a Great Filter here on Earth.

Will we transcend the “divide & conquer” paradigm of global politics and reach the stars?

To do so, we must define ourselves as victors instead of victims.

We must embrace pain as the catalyst necessary to stop giving into fear.

When fear is out of the way, we will stop caring when things are hard – and that’s when we transform from victims to victors.

That’s the only way we will build the next level of civilization.