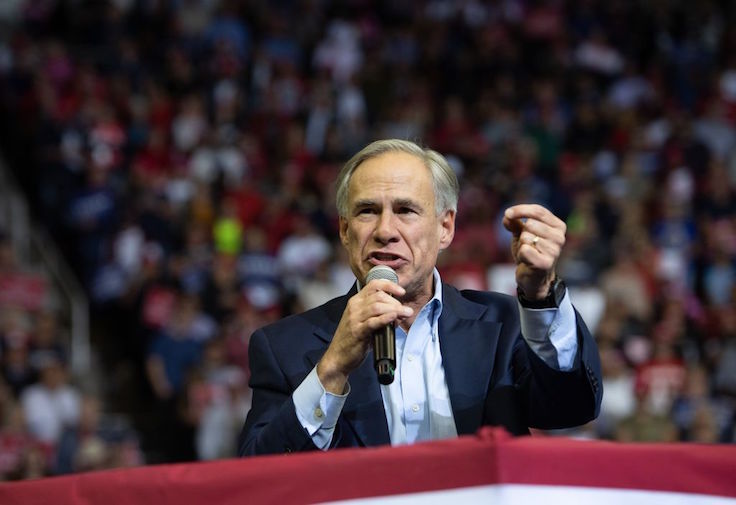 Texas governor Greg Abbott (R.) on Friday told the State Department that his state will become the first in the nation to refuse federal refugee resettlement.

In a letter to Secretary of State Mike Pompeo, Abbott wrote that in the wake of the border crisis that rocked the state in 2019, Texas lacks the state and private capacity to deal with even more demand on its humanitarian resources.

“At this time, the state and non-profit organizations have a responsibility to dedicate available resources to those who are already here, including refugees, migrants, and the homeless—indeed, all Texans,” Abbott wrote. “As a result, Texas cannot consent to initial refugee resettlement for FY2020.”

The move is likely to shake up refugee resettlement in the United States, as Texas has historically played home to as many as 10 percent of annual refugee arrivals. Particularly if other states follow suit, this may in turn mean a continued decline in refugee admissions in the Trump era.

In his letter, Abbott pinned the blame for the circumstances leading to his decision squarely on Congress, writing that “Texas has been left … to deal with disproportionate migration issues resulting from a broken federal immigration system.”

The state, which makes up over half of America’s 2,000 mile border with Mexico, was particularly hard hit by 2019’s illegal immigration crisis. Data from U.S. Customs and Border Protection show that of the roughly 850,000 individuals apprehended attempting to illegally cross, 626,000—74 percent—were picked up in one of the five border sectors covering Texas. In total, Texas saw a 150 percent increase in border apprehensions over F.Y. 2018, compared to a 54 percent increase in the other border states.

“Texas continues to have to deal with the consequences of an immigration system Congress has failed to fix,” Abbott wrote.

This strain is exacerbated by Texas’s disproportionate generosity toward refugees in years past. As Abbott noted, roughly 10 percent of refugees arriving since 2010 have gone to Texas. It was the number one state for refugee resettlement in 2019, accounting for 9 percent of refugees, or 1,389 individuals. California and New York, by comparison, accepted only 6 percent.

Abbott’s move follows President Donald Trump’s executive order, issued in September, which required states to give their consent before more refugees are resettled in their territory. Thirty-nine states have thus far signed on, with the Lone Star state now the lone standout refusing any more arrivals.

Mark Krikorian, executive director of the Center for Immigration Studies, told the Washington Free Beacon that this change was intended “to give states and localities some control over their own destinies.” Krikorian declined to comment on the wisdom of Abbott’s decision—”I’m not going to tell people in Texas what to do, that’s up to them”—but emphasized that refugee resettlement is as much as anything a matter of fiscal soundness.

“Some states may want to take refugees,” Krikorian said. “That’s okay, if they know what they’re getting in to. In other words, they’re affirming that they understand that the federal government is going to be fobbing off enormous costs on them per person. If they’re okay with that, so be it.”

Abbot in 2016 withdrew his state from direct participation in the federal Refugee Resettlement Program, citing the Obama administration’s failure to provide him assurances that resettled refugees would not pose a threat. Abbott said then that while Texas would still accept refugees, they would do so “without the state acting as the middleman between federal dollars and local resettlement agencies.” Non-state actors have since continued to work directly with the federal government to resettle refugees, a practice that will likely end thanks to Abbott’s decision.