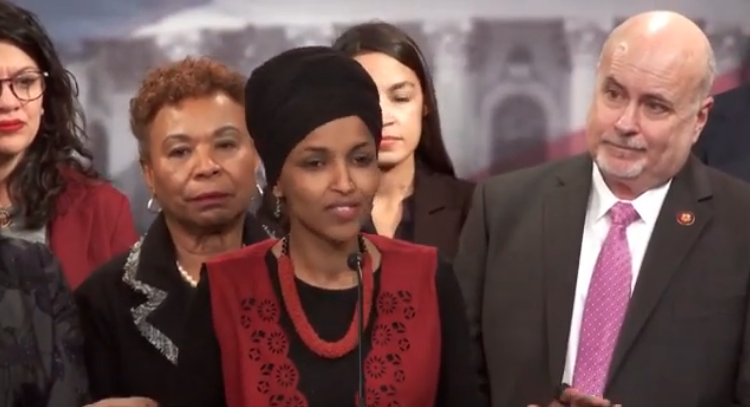 “I feel ill a little bit, because of everything that is taking place and I think every time I hear of conversations around war, I find myself being stricken with PTSD,” Omar said during a press conference held by the Congressional Progressive Caucus. “And I find peace knowing that I serve with great advocates for peace and people who have shown courage against war.”

Omar has previously referenced her post-traumatic stress disorder to excuse a 2012 tweet that said Israel “hypnotized” the world, an anti-Semitic trope. “You know, I have PTSD around, like, guns and ammunition and bombs,” she told the New Yorker, citing her childhood in war-torn Somalia.

At other times Omar has used the term in a more joking manner, such as when she said the new Democratic House majority had “minority PTSD…. The kind of mindset you develop when you are in the minority is one that really is traumatizing,” she said.

Omar’s PTSD did not appear to affect her behavior later in the Wednesday press conference. She was seen laughing and talking in the background as fellow representative Sheila Jackson Lee (D., Tex.) spoke about casualties during the Iraq war. “Absolutely disgusting,” tweeted GOP rapid response director Steve Guest.