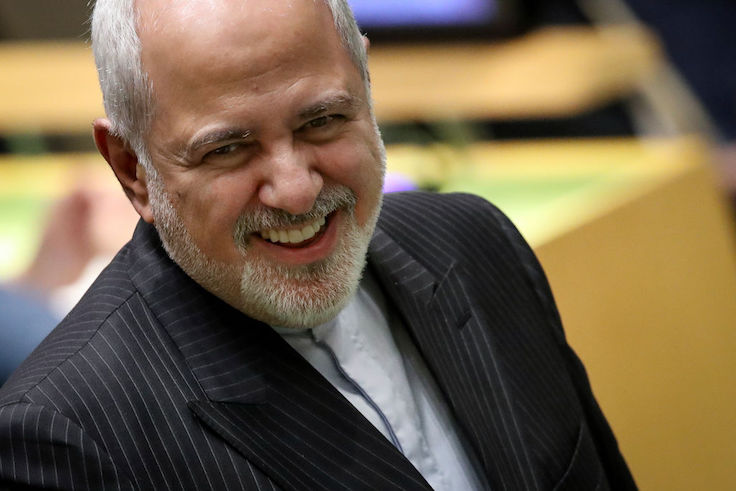 The Trump administration says it is willing to engage in a prisoner swap with Iran, despite increasingly chilly relations between the United States and Tehran, according to a State Department official who spoke to the Washington Free Beacon.

Iranian foreign minister Javad Zarif, who has been in New York City on a very limited travel allowance to attend the United Nations General Assembly, has been asking the Trump administration to grant him permission to visit Majid Takht-Ravanchi, Iran’s U.N. ambassador who has been in bad health and is being treated in a New York City hospital.

Due to increasingly severe restrictions by the Trump administration on Iranian regime officials—including a recent all-out ban of Iran regime figures and their families from traveling to the United States—Zarif has not been permitted to visit the hospital treating Ravanchi.

A State Department official, speaking to the Free Beacon on background, said the Trump administration is willing to permit Zarif to visit Ravanchi if Tehran agrees to free one of the several American hostages it had been detaining for years.

“Foreign Minister Zarif would like to visit a colleague who is in the hospital receiving world class care,” the State Department spokesperson told the Free Beacon. “Iran has wrongfully detained several U.S. citizens for years, to the pain of their families and friends they cannot freely visit. We have relayed to the Iranian mission that the travel request will be granted if Iran releases a U.S. citizen.”

The Trump administration has been working for years to secure the release of American hostages being detained in Iranian prisons, an effort that has not seen much progress.

Iran on Friday said it is open to a prisoner swap with the United States.

“The Islamic Republic of Iran, as also announced by Zarif, is ready to start talks about a prisoner swap,” Iranian Foreign Ministry spokesman Seyed Abbas Mousavi said in a statement carried in the country’s state-controlled press.

The willingness by nations to engage in diplomacy comes on the heels of an aborted effort by the United States to restart negotiations following Iran’s release last month of Lebanese national Nizar Zakka, who also is a permanent U.S. resident, according to reports.

Jason Poblete, a lawyer representing Zakka and other Americans imprisoned in Iran, including Xiyue Wang, who has been detained in Iran on accusations of espionage since 2016, said he is hopeful the Trump administration will continue to make the issue of hostages a primary part of its diplomacy with Tehran.

“I really want Mr. Wang and the others free,” Poblete told the Free Beacon. “I’m tired of America giving Iran a free pass on these issues. We need to squeeze them hard.”

“America treats guests well. Look at Zarif’s tweet of Ravanchi in a U.S. hospital getting cancer treatment,” Poblete said. “Meanwhile my client is rotting away in Evin [a prison in north Tehran] with many health issues.”