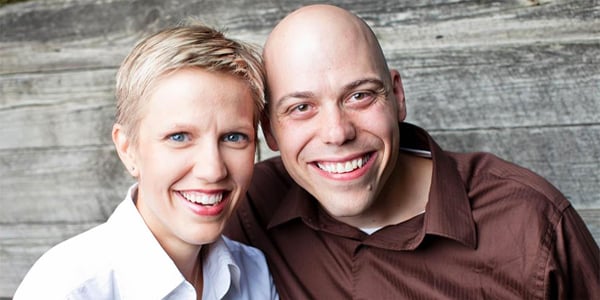 Courts base their decisions on U.S. law and the Constitution, right?

So it should be no surprise that the 8th U.S. Circuit Court of Appeals cited the Constitution in its decision to reinstate a lawsuit by two filmmakers in Minnesota who had sued the state for trying to coerce them into saying something they didn’t want to say.

That right to free speech is protected in the First Amendment, the judges affirmed in the case Telescope Media Group v. Lucero.

The judges wrote: “Carl and Angel Larsen wish to make wedding videos. Can Minnesota require them to produce videos of same-sex weddings, even if the message would conflict with their own beliefs? The district court concluded that it could and dismissed the Larsens’ constitutional challenge to Minnesota’s antidiscrimination law. Because the First Amendment allows the Larsens to choose when to speak and what to say, we reverse the dismissal of two of their claims and remand with instructions to consider whether they are entitled to a preliminary injunction.”

The issue has arisen since the Supreme Court created, in an opinion the chief justice said was untethered to the Constitution, same-sex “marriage.” Activists have been using the precedent to sue wedding venue owners, florists, photographers and bakers, including Jack Phillips of Masterpiece Cakeshop in Colorado. He declined to produce a cake promoting homosexuality and was sued by the state, but the Supreme Court condemned the state’s “hostility” to Christianity and decided in Phillips’ favor.

The current decision from the 8th Circuit centers on a state requirement that if the filmmakers provide wedding videos for male-female couples they must do the same for same-sex couples.

The appeals court “reinstated the free speech and free exercise of religion claims of the lawsuit, which Alliance Defending Freedom attorneys filed on behalf of filmmakers Carl and Angel Larsen, owners of Telescope Media Group in St. Cloud. The court also ordered the district court to consider whether the Larsens are entitled to a preliminary order barring enforcement of the law against them,” ADF said.

“The government shouldn’t threaten filmmakers with fines and jail time to force them to create films that violate their beliefs,” said ADF Senior Counsel Jeremy Tedesco, who argued before the 8th Circuit in October of last year. “Carl and Angel work with all people; they just don’t create films promoting all messages. That’s why we’re pleased that the 8th Circuit has affirmed that the Larsens’ films are fully protected speech and that the state lacks a compelling interest to force them to express messages through their films that violate their deeply held convictions. All creative professionals should be free to create art consistent with their convictions without the threat of government punishment.”

The 8th Circuit opinion noted the obviously failing of the state requirement.

“Indeed, if Minnesota were correct, there is no reason it would have to stop with the Larsens. In theory, it could use the MHRA to require a Muslim tattoo artist to inscribe ‘My religion is the only true religion’ on the body of a Christian if he or she would do the same for a fellow Muslim, or it could demand that an atheist musician perform at an evangelical church service. In fact, if Minnesota were to do what other jurisdictions have done and declare political affiliation or ideology to be a protected characteristic, then it could force a Democratic speechwriter to provide the same services to a Republican, or it could require a professional entertainer to perform at rallies for both the Republican and Democratic candidates for the same office.”

After the district court ruled in favor of Minnesota’s motion to dismiss the Larsens’ lawsuit, ADF attorneys appealed to the 8th Circuit, which received several friend-of-the-court briefs, including one filed by 10 states, supporting the artistic freedom of the Minnesota filmmakers. The Larsens are challenging portions of Minnesota Statutes Chapter 363A on the grounds that the public accommodation law illegally controls artistic expression, violating their freedom to choose which messages they will express, and refrain from expressing, through their films, ADF explained.

The Larsens intend to enter the wedding industry, but under Minnesota’s law could be required to violate their religious beliefs about marriage.

WND reported the case alleges problems with Minnesota Statutes Chapter 363. The Minnesota Department of Human Rights claims the law forces creative professionals like the Larsens to promote objectionable messages, even those that violate their constitutionally protected religious faith.

The filmmakers say they have the right to decide what stories to tell.

At the district court level, an activist judge, John Mannheim, lashed out at the Larsens, claiming their faith standards were “akin to a ‘White Applicants Only’ sign.”

ADF Senior counsel Jonathan Scruggs told WND and Radio America that the judge’s rationale is way off base.

“That comparison is entirely false. The Larsens do not discriminate based on of any status,” Scruggs explained. “They are willing to serve all people, including people of all different sexual orientations. They just can’t promote messages they disagree with and events they disagree with. That’s a common-sense distinction.”

He said the judge’s disturbing language did not stop there.

“The court acknowledged that this law was raising First Amendment concerns yet said that was only an ‘incidental burden’ on the Larsens’ First Amendment rights, when they are compelled to create and promote videos of a same-sex wedding ceremony,” Scruggs said.